In A First – Hydrogen Trains Begin Operations In Germany 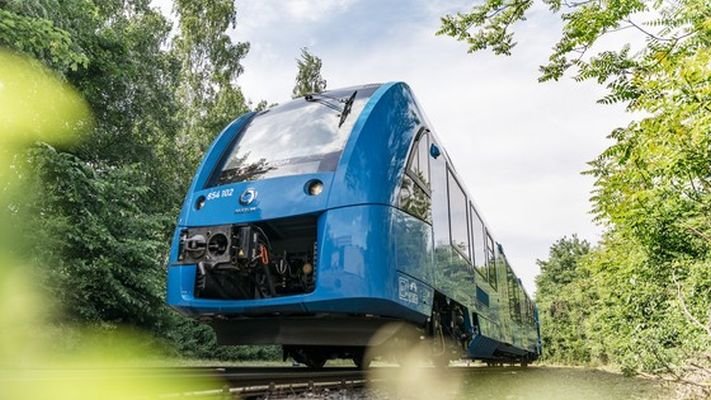 Germany has invested around $92 million in the world’s first fleet of hydrogen trains. The trains debuted in the German state of Lower Saxony. In the region, 14 trains have been launched thus far by regional rail operator LNVG. These trains generate electricity from hydrogen fuel cells, which drives the engines.

According to Alstom, each train would have a range of 999 kilometers (621 miles) and top speeds of 140 kilometers per hour (87mph).

Alstom also estimates that by using hydrogen rather than diesel, the new trains would save around 15,974,43 liters of fuel each year. It will save around 417 tonnes of CO2 emissions in the long term. Billed as a “zero emission” mode of transport, the hydrogen trains mix hydrogen on board with oxygen present in the ambient air, thanks to a fuel cell installed in the roof. This produces the electricity needed to pull the train.

Alstom’s Coradia iLint trains, designed in Tarbes, southern France, and constructed in Salzgitter, central Germany, are industry leaders. Commercial testing with two hydrogen trains have been conducted on the line since 2018, but the pioneering technology is now being adopted by the full fleet.

The French company has signed four contracts for several dozen trains between Germany, France, and Italy, and there is no indication of a slowdown in demand.

One of the most critical aims for guaranteeing a sustainable future is emission-free mobility, and Alstom has a clear desire to become the world leader in alternative rail propulsion systems. The Coradia iLint, the world’s first hydrogen train, illustrates their firm dedication to green transportation paired with cutting-edge technology.