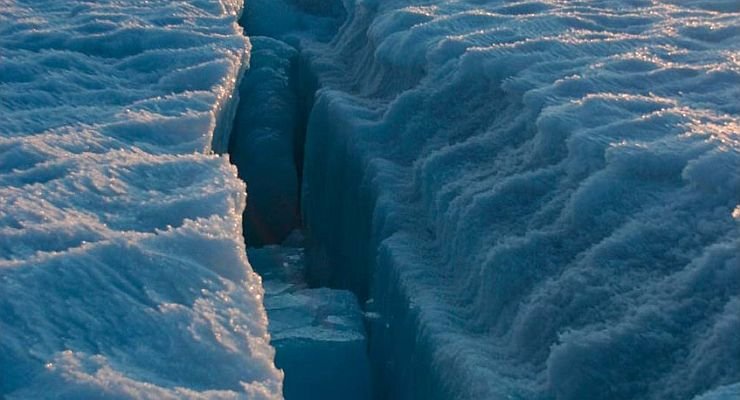 Researchers have discovered the sudden disappearance of a massive, icy lake in East Antarctica.

Scientists say that the lake disappeared from the Antarctica’s Amery Ice Shelf sometime during the 2019 Antarctic winter. It’s estimated that 600-750 million cubic meters of water disappeared into the ocean.

So what happened to the Antarctica lake?

Scientists believe that its waters might have actually drained out into the ocean due its own weight. The weight of water accumulated in this deep lake opened a fissure in the ice shelf beneath the lake, a process known as hydrofracture, causing the water to drain away to the ocean below.

The hydrofracture process has been implicated in the collapse of smaller ice shelves in the Antarctic Peninsula, where meltwater forms on the surface of ice shelves during austral summer, but it is not often seen driving through ice as thick as the 1400 meters (4,590 feet) at this location on Amery Ice Shelf.

The future of the newly formed doline is uncertain. It may accumulate meltwater again or drain to the ocean more frequently. It appears that the fissure reopened briefly in the 2020 melt season.

There’s a good chance that we’ll see more Antarctic (and Arctic) lake disappearances in the future as a result of climate change.

As global temperatures rise, ice shelves and glaciers will experience more melting, creating more melt lakes in the process. This could lead to even more hydrofracturing and a greater risk of destabilization for the ice shelves.