Himalayan Ecosystem Is In Danger Due To Government Infrastructure Projects 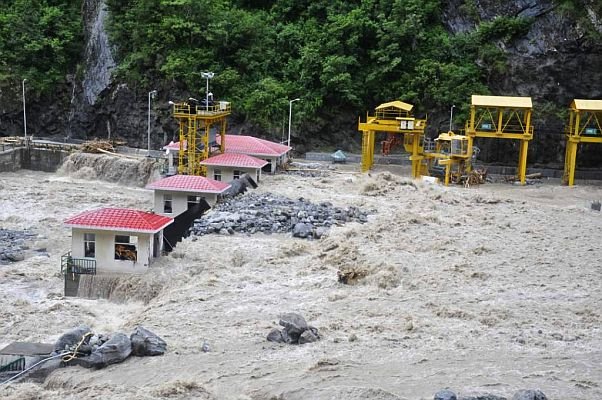 While science and logic advise us to continue with conservation and protection of the Ganga-Himalayan basin’s vulnerable zones, our government has chosen to move in the risky and opposite path.

Recurring catastrophes in the state of Uttarakhand have been examined and analyzed during the last decade. In every tragedy, rising anthropogenic pressure in this Himalayan region has been identified as a direct or indirect factor.

The most recent example is the Rishi-Ganga valley tragedy, which occurred in February of this year and claimed over 200 lives when the river transformed into a torrent, carrying a huge load of sediment and debris and destroying hydroelectric installations along its route.

Following the Kedarnath tragedy in 2013, the Supreme Court established an expert panel (EB-I) to explore if the “mushrooming of hydro-power projects” in the state of Uttarakhand was related to the accident.

According to EB-conclusions, these dams had a “direct and indirect influence” on compounding the tragedy.

Despite this, the Ministry of Environment, Forest, and Climate Change (MoEFCC) created committee after committee until they received clearance to proceed with the large-scale infrastructure construction with some minor design changes in the already fragile and vulnerable Ganga-Himalayan basin.

The government is inclined towards construction of 26 other projects. These are the projects that the government has approved despite the fact that no science supports them and that many scientific facts urge their rejection.

Given the environmental and cultural importance of these places in this region of Himalayas, it is critical that the government desist from the economically difficult greedy building of hydropower dams and designates the higher reaches of all Ganga headstreams as eco-sensitive zones. It must allow the river to flow freely and unhindered.

Reference- National Geographic, The Hindu, Down To Earth, Ganga Ahvaan, a citizen forum