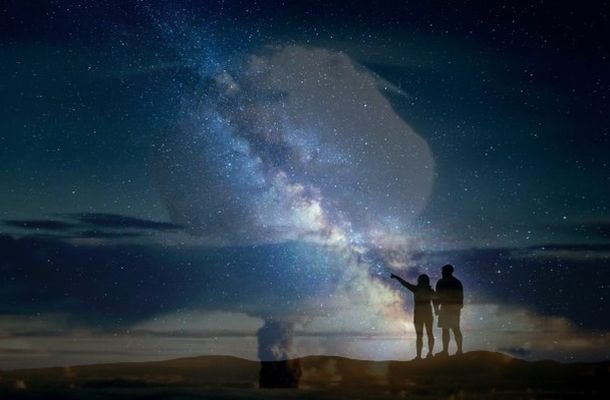 Across the political spectrum, there is a widespread and rising belief that the human enterprise is on the verge of collapse. Microplastics have been discovered in isolated Arctic plateaus, the depths of ocean trenches, and the newborn placenta.

Even rains and snowflakes contain poison. An elderly despot (Putin) has launched a desperate bid to expand his boundaries, throwing the world economy into disarray while threatening nuclear war. Meanwhile, a few billionaires fantasize of leaving Earth for the stars, as if Earth were only a stepping stone to their travels.

An anthropologist may legitimately infer that we are a dormant species after skimming through Gen Z’s Instagram memes or viewing dystopias in popular literature.

Is it wishful thinking to anticipate a redeemable future? Is it all too overwhelming? Is human disorder beyond our ability to treat?

In this 13.8 billion year old cosmos, humans have only existed for a few hundred thousand years. We are a young family growing up in a youthful cosmos. Nonetheless, we are all descended from generations of survivors who lived in constant danger.

We are remembering our forefathers who escaped the Toba volcano disaster 75K years ago. Can you image how afraid our forefathers must have been, huddled around a flickering campfire for light and warmth? It must have been difficult to fathom, that anything good lay ahead, in that frigid, apparently unending night.

Nonetheless, they persevered. And Toba is only one of the disasters that human race has endured, including ice ages, plagues, famines, droughts, floods, and many others.

Our fortitude in the face of gnawing hunger and hopelessness provided you with this precise moment. It’s a perilous time, but unlike previous generations, we have the ability to study these events and limit their implications.

Something considerably bigger is at risk in this crisis, from the first wiggling germ to those who persevered through the gloom of Toba, and every life up to this point. Everything is on the line, both what happened before and what may come after.

It is painfully obvious that we have no option. It is past time for us to grow up, to stop entertaining ourselves to death, to give up our obsessions with glamor and consumption.

We must start valuing what is real over what we want to believe; science over fancy, reality over fiction. All we have to do is continue the ancient human tradition of working for our future.

Reference- Inputs from Ann Druyan who served as the creative director of NASA’s Voyager Interstellar Message. Sam Sagan is a writer and producer for television. His credits include “COSMOS” and “The End Is Nye.” Futurism Article, Popular Science, National Geographic