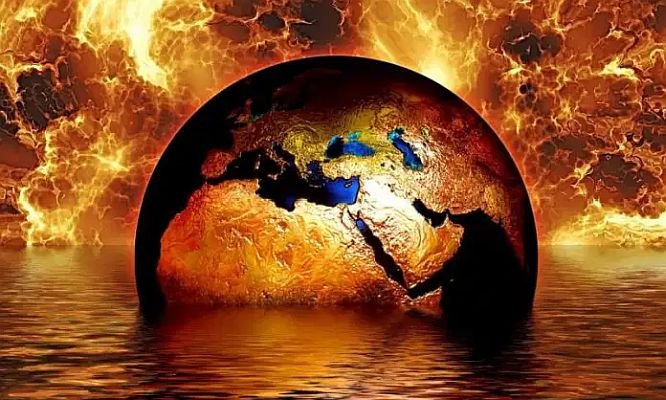 The planet is heating up to a dangerous extent. But what scientists are just learning now is that the planet is actually absorbing way more energy from the Sun than it used to, heating everything up even faster.

How much more? “double.”

The amount of solar radiation the planet absorbs and traps as heat on the surface of the planet and in the oceans has doubled in just 15 years, according to new research.

Using satellite data, researchers measured what is known as Earth’s energy imbalance — the difference between how much energy the planet absorbs from the sun, and how much it’s able to shed, or radiate back out into space.

That imbalance roughly doubled between 2005 and 2019, the study found. It is a massive amount of energy which is the same amount as if four of the nuclear bombs that destroyed Hiroshima were detonated every single second, according to study coauthor NOAA Pacific Marine Environmental Laboratory.

Oceans absorb most of that heat, about 90 percent. When researchers compared satellite data to temperature readings from a system of ocean sensors, they found a similar pattern. The agreement between the data sets surpassed expectations.

All this is happening because of our use of fossil fuels and the release of greenhouse gases into the atmosphere due to its combustion which creates the conditions through which the Earth can trap all that heat.

Needless to say, that’s bad news for the planet and for the survival of the millions of species that are currently dying off, or at risk of doing so thanks to the perils of climate change — chief among them are we humans.